Heathcliff slaps Cathy
and then runs his wrist over
the broken window pane.
“And you thought romance was dead,” she said.
“That’s not how it happened in the book,” I tell her.

Two days later I’m stoned,
Watching Clash of the Titans on…
some channel.
First time I saw this movie, I was eight.
And I thought the Claymation Medusa
was cheesy even back then.

Thursday night and
the spaghetti pot is boiling, telephone ringing.
I’m sitting on the couch picking at
a loose thread on the hem of my jeans and
before she gets up to answer the phone,
she turns to me and says, “I don’t like this movie.”
After she’s out of the room Olivier screams,
“A horse! A horse! My kingdom for a horse!” 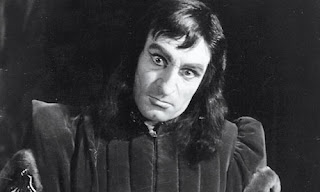